Project DO IT: Now is the time

Project DO IT: Now is the time

Project DO IT: Now is the time to disclose unpaid tax from offshore income 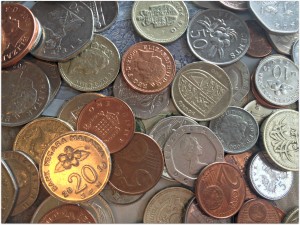 Do you have undeclared offshore income, assets or offshore investments? Worried about what to do with it?

If yes, please read on.

The Australian Taxation Office has offered taxpayers until 19 December 2014 with an opportunity under Project DO IT to declare previously undeclared offshore income and offshore investments without incurring the significant financial and criminal implications that would otherwise arise.

At Award Accounting for Business Success we have assisted taxpayers in sorting their international tax affairs, including “cleaning up” their undeclared foreign income, assets and unpaid taxes. Experience tells us that getting prepared and early disclosure works best.

Project DO IT is the opportunity to clean up, even if there is no income but there is an undeclared asset such as property. This is especially so for anyone who has said NO to the tax return question:

During the year did you own, or have an interest in, assets located outside Australia which had a total value of A$50,000 or more?

Project DO IT: What is it?

Importantly, the Australian Taxation Office has declared that it will not prosecute for a criminal offence, or refer a disclosure for criminal investigation. And the offshore funds or assets can be transferred to Australia. Every year an answer NO to the foreign assets of $50,000 or more is considered a fraudulent statement to a Government office; Project DO IT can fix this.

A person is only required to provide certain financial information under the initiative. Whilst 19 December 2014 is the deadline and whilst it seems months away, if the Australian Taxation Office detects a person first then the person will not be able to participate in Project DO IT.

If Project DO IT is missed, the Australian Taxation Office has unlimited time to review your tax affairs and amend your tax returns and the tax shortfall penalties can be up to 90%. Worse, there is a real chance of criminal prosecution. Using off-shore funds to evade tax is a fraud on the Australian Government and is money laundering; the maximum penalty could be 25 years in prison.

Let us help you take advantage of one of the world’s best tax amnesties.

Is it really world’s best?

Yes. The Australian Taxation Office has granted amnesties twice before in 2007 and 2009 but these were very limited. The tax amnesty benefits provided under Project DO IT as outlined above are more extensive.

What do you need to do?

Get the information together, but be careful about how this is collected and even more careful on how this is packaged for disclosure to the Australian Taxation Office. Often it takes time or getting the information is fraught with complexity. We would recommend lodging an expression of interest to avoid the risk of earlier detection by the Australian Taxation Office.

Time to pay the tax

Example: what is the result on $400 of undeclared foreign income?

Liability limited by a scheme approved under Professional Standards Legislation