5 Things you need to know about insurance in SMSFs

5 Things you need to know about insurance in SMSFs 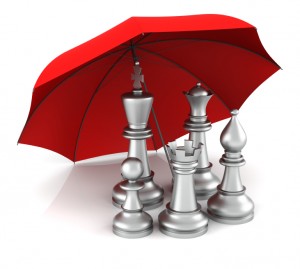 Insurance is an important protection for your family and your assets, whether it is inside or outside of your self-managed superannuation fund.

There have been a number of changes over the past 12 months that will not only affect the kind of insurance your SMSF can hold, but also how you can access insurance payouts in the unfortunate event that you ever need to.

1.    Insurance has to be considered as part of your investment strategy

As of the current financial year, your investment strategy will need to consider insurance over at least one member of your super fund. This rule has been put in place because less than 15 per cent of SMSFs purchase life insurance.

You’ll need to consider the type and level of insurance you need for each particular fund member. You don’t actually need to take out the insurance but you need to document that you have considered it and explain other factors, such as insurance outside of superannuation, that you’ve taken into account when making the decisions.

You can show you’ve considered this issue in documented changes in your fund’s investment strategy or in the minutes of your trustee meetings held throughout the year.

The types of insurances your super fund can buy will change from 1 July 2014. From that date it won’t be possible to purchase “own occupation” disability insurance or new trauma policies, which have become quite fashionable for SMSFs.

Own occupation disablement insurance will normally pay a benefit when you can’t perform your current job. This doesn’t mean, however, that you’re permanently disabled under the super laws. In simple terms, these laws allow a permanent invalidity benefit to be paid to you if your super fund trustee decides that you’ll never again perform a similar occupation to your current job.

It’s possible, therefore, that under the legislation changes, own occupation disability insurance proceeds can be trapped in your super fund and can’t be paid out, because while you might not be able to perform your current job, you could perform a similar one. For example, if a surgeon injured their hand, they would no longer be able to operate as a surgeon but there are plenty of other occupations they could carry out.

If a person joins your fund before July 2014, then it will be possible to put in place trauma and own occupation disability insurances for them before that date and keep them in place after June 2014.

Trauma insurance will pay out when you suffer one of a defined range of medical problems. Typically, this insurance covers heart attacks, strokes, brain tumours, liver failure and so on.

If your SMSF buys trauma insurance, it’s quite possible that your fund won’t be able to pay that benefit out of the fund after 1 July 2014 because you don’t meet a condition of release such as death, or temporary or permanent disablement.

Increasingly, people who suffer medical traumas stop work for a period of time to recuperate, and receive intense medical and other treatments, but after one or two years return to work part-time and then full-time once they’re fully recuperated.

To solve the problem of trauma insurance benefits being locked in super funds, we have heard that one large life insurance and fund management organisation recommends transferring the ownership of a trauma insurance policy from the super fund to the fund’s member just before a claim is made. On the face of it, this sounds like a sensible suggestion but we suspect capital gains tax may have to be paid by the super fund because at that point it’s disposing of a valuable asset.

For now, it would be a useful exercise to review what life insurance policies you currently own in super. If you would like your super fund to own a trauma insurance policy or own occupation disability insurance policy, then you’ll need to put this insurance contract in place before July 2014.

Another option available to SMSFs is self insurance, whereby trustees keep a reserve quarantined within the fund that would be available if any of the members had an accident. It’s an option often used by some trustees who find that traditional life insurance options aren’t available to them due to age or other factors such as illness, which stop large insurance companies agreeing to insure them. You will need an actuarial certificate at the end of the financial year certifying the funds that are held in this reserve, which obviously need to be kept in fairly safe investments.

Changes to rules surrounding collectables and artwork mean it’s now a requirement to hold insurance for those assets through a policy in the name of the fund. This applies to artwork and collectables purchased after 1 July 2011. SMSFs that invested in items prior to that date have until 1 July 2016 to comply.

If you’re buying a property in your SMSF through a limited recourse borrowing arrangement or otherwise, it’s also a good idea to have insurance over the property.

Don’t be put off by the changes outlined above. There are benefits to taking out insurance in your SMSF but, as with anything, just make sure you are operating within the confines of the law as the penalties have become a little more hefty.

DISCLAIMER: All information provided in this article is of a general nature only and is not personal financial, taxation or investment advice. It does not take into account your particular objectives and circumstances. No person should act on the basis of this information without first obtaining and following the advice of a suitably qualified professional advisor. To the fullest extent permitted by law, no person involved in producing, distributing or providing the information in this article (including Award Accounting for Business Success Pty Ltd, each of its directors and employees) will be liable in any way for any loss or damage suffered by any person through the use of or access to this information.

Liability limited by a scheme approved under Professional Standards Legislation